(The banner image is the work of the human rights advocate @OrtaineDevian.)

We are saddened to announce that our beloved colleague Dr. Paul Marko, Organisational Psychologist and founder of Techno Crime Fighters’ Forum, has passed away on 6th February 2018.

Dr. Marko was an internationally acclaimed advocate of human rights and humanity worldwide. He and his partner, Mindy Urkin, undertook pioneering work in publishing and supporting the cases of victims of abuse. The flagship cases they publicised helped to launch the global investigations into human trafficking, slavery and child abuse, including brutal torture and ritual sacrifice. Examples of their ground-breaking journalistic work are:

Dr. Marko was in steady search of solutions for humanity’s greatest problems. As an organisational psychologist with over 30 years experience in the field, he drew attention to the dangers of pyramid organisations, for which he coined the term “Psychopath Magnets”, and worked tirelessly to find alternatives that would unlock the full potential of the individual and humanity in general. The project that he and Mindy Urkin launched with great success and international resonance were the exploration of human consciousness and its untapped capabilities that can be used to solve humanity’s greatest problems. Another pioneering project that was launched to assist victims of Directed Energy Weapons torture was an Open Source investigation into techniques and solutions to survive and combat the torture program.

Through his pioneering work and deep insight into the life-cycle and development of complex organisations, he foresaw the dismantling of the large pyramid matrix that had organised mankind over thousands of years into strict hierachies with most of the world population subjugated into a slave class to be exploited and trafficked at will. Precisely a year prior to the medical emergency that lead to his untimely demise, Dr. Marko announced the Autonomous Humanity and the Demise of the Psychopath Magnets. The global spread of the humanitarian endeavours that he helped to set in motion are already bringing about today what he foresaw, an unstoppable development that will ensure that Dr. Paul Marko will have the last laugh as he is proven right yet once more.

Dr. Marko was taken from us after a medical incident that came abruptly and took everyone by surprise. It was heartbreaking that none of us had the opportunity to say goodbye and to tell him how precious he was to all of us and to the thousands of abuse victims whom he has helped over the years through his actions.

We are deeply in grief over Dr. Marko’s loss and our hearts go out to his partner Mindy Urkin who was a major contributor to his work and who supported him with her deep love and brilliance throughout their loving relationship that was an inspiration to everyone who knew them. 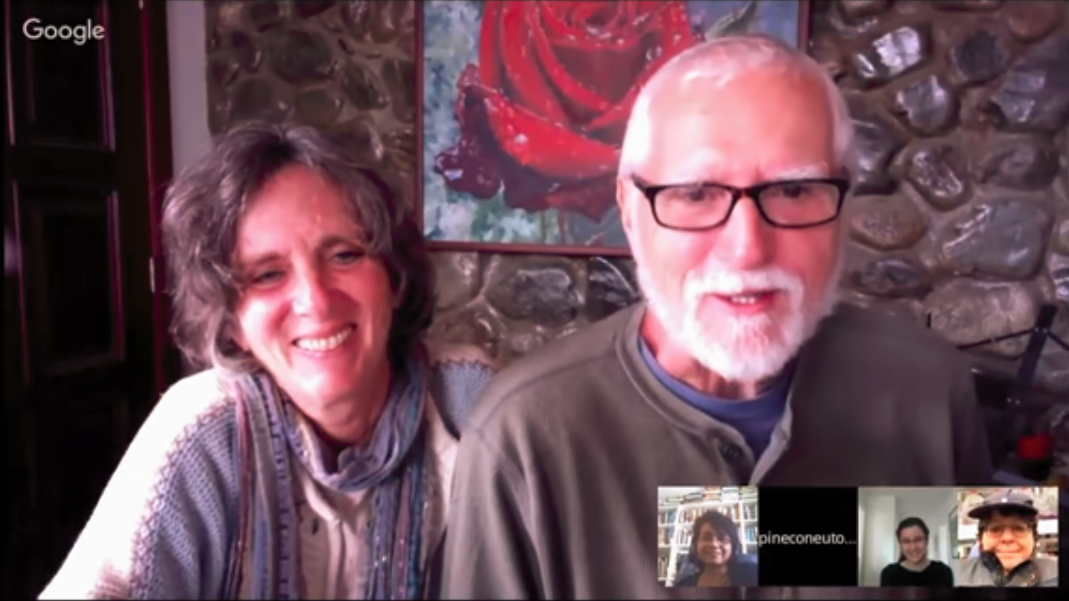 A version in German is broadcast LIVE on the Stop 007 YouTube channel each Friday at 6-8pm UK time (7-9pm Central European Time).

Please note, that after the birth of Melanie Vritschan’s daughter, the German version is happening less frequently. We are currently in the process of ramping up the German effort.

Techno Crime Fighters’ Forum was founded by Dr. Paul Marko, an Organisational Psychologist, who worked as an Investigative Journalist together with his partner Mindy Urkin. It was Dr. Marko who brought together the four panelist Dr. Millicent Black, Ramola D, Karen Melton-Stewart and Dr. Horton. The close collaboration between them led to the founding of the Joint Investigation Team at the start of 2017 and the launch of Techno Crime Fighters’ Forum on 16th March 2017.

Please support the team members with donations and by spreading the word. WE ARE ALSO LOOKING FOR LAWYERS TO HELP US! Please get in touch via contact@stop007.org